Progesterone testing is a useful tool in pinpointing ovulation-critical to successful breeding. Due to our busy lifestyles, many people find that this simple blood test helps them “cut out the guesswork” and streamline the breeding process.

At this clinic we use the services of ABTS in Truro for progesterone testing. This process is more accurate than progesterone kits available and accuracy is very important. These tests use nanograms (ng) as a measure, and the critical number we are looking for is 5 ng.

When a bitches’ progesterone levels reach 5 ng, ovulation occurs, and the optimum time to breed can be determined, based on the chosen method (fresh, chilled or frozen). After ovulation it takes about two days for the eggs to be fertile, and they remain that way for another two days.

Fresh semen has amazing longevity, living three to five days or more in the uterus. This allows a more relaxed approach to breeding and it is recommended to breed either day one and three or day two and four after ovulation.

Fresh chilled semen does not have the life span of fresh. It has usually been shipped great distances and is somewhat compromised by the chilling and warming processes. New medias available to us have extended the life of sperm while chilled beyond previous expectations, but after being warmed and inseminated, chilled semen usually lives one to two days in the uterus. This means that breeding with chilled should occur two days after ovulation, when eggs are completely fertile.

Due to the trauma of the freeze/thaw process, frozen semen has a life of twelve to twenty-four hours in the uterus, because of this short time frame, it is very important that semen be used at the peak of egg fertility – three days (or 60-72 hours) after ovulation. It is strongly recommended that frozen semen be surgically implanted. This allows the semen to be put directly where they need to be, allowing higher numbers of sperm access to the fertile eggs.

It is recommended that breeders begin progesterone testing at day five after the start of the heat cycle. Should there be any question as to when the season has begun, testing sooner is better than later. This allows us to establish a “baseline” and successive tests will help chart the bitches’ progress. Each female is different and some can ovulate as early as day eight (making the day five progesterone test critical), and others as late as day twenty-eight.

No one can answer how many progesterone tests might be needed, but with them we can follow your females’ progress and advise you, depending on the method you have chosen, when the best time for breeding might be.

Many factors affect dog breeding-sperm quality, age, reproductive health, etc. Although not every dog gets pregnant, despite the best efforts of technology, progesterone testing is invaluable in helping increase the chances of pregnancy. 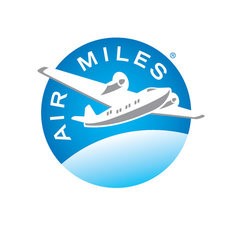